CALL US FOR MORE DETAILS

My Study Trials and Tribulations! – Part 2

I finished my last blog by stating that when I reached the end of my AAT studies I never wanted to study again. But you all knew that I wasn’t really finished, didn’t you?! I had meant it at the time, of course, but that was then! And this was now. Fast forward three years and I was ready to jump back into my studies and progress my career. This time, I was moving into the big leagues of accountancy and, working in Local Government, CIPFA was the qualification for me. 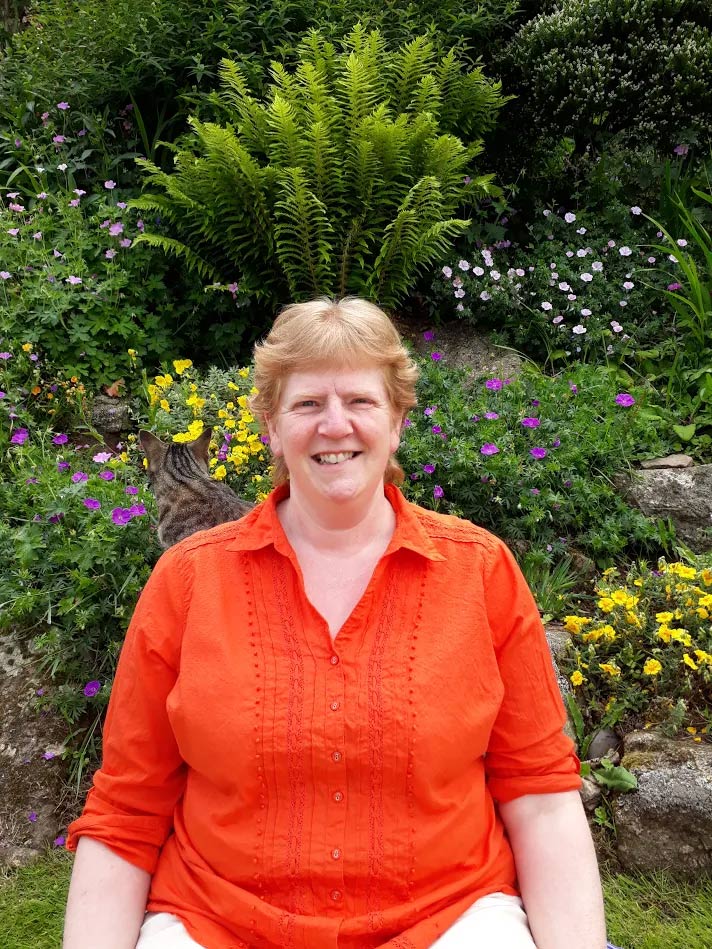 For those of you that aren’t familiar with these letters, CIPFA stands for the Chartered Institute of Public Finance & Accountancy. In other words, this qualification covers all things relating to public sector finance, such as Local Government, Central Government, the NHS, as well as other local authorities (police and fire brigade for example), charities and not-for-profit sectors. It’s on a par with the other main qualifications which you have probably heard of such as CIMA, ACCA, ACA. But I digress…

I was now about to embark on a much longer journey than with my AAT studies and with many more speed bumps along the way. Not least from the start when I was told I wouldn’t be able to go to college because another colleague (and friend, we’ll call her ‘Louise’) in the office was also keen to start her CIPFA studies too (it was going to be too expensive to train two of us together). But I wanted to make a start, I was in the right frame of mind to get going, and I didn’t want to have to wait another couple of years for Louise to finish, so I investigated other options and found that CIPFA offered distance learning as a method of study.

Distance learning wasn’t as commonly used then as it is now, but CIPFA’s learning materials were structured in such a way that they could be used by distance learners, making it a relatively straightforward process.

Are you still with me so far?! We have now reached August 2003 and I am about to embark on my CIPFA journey. I am enrolled as a distance learning student. Exam sittings are every December and June and my first task? To create my study timetable! As I already mentioned, the textbooks were very well structured and each study session came with its own guided learning hours, which were usually between 4-6 hours a session. This really helped for putting my timetable together. Knowing how long each study session would roughly take to complete helped me with my timings.

I worked backwards from my exam date, allowing a couple of weeks for revision and working on past papers etc. I had to get started straightaway!

For the next three and a half months, my weekends were taken up with studying. I wanted to be able to get through a full study session in one go; as you can imagine 4-6 hours a session equated to a good 12 hours a week. And this was just the beginning…

Being new to distance learning, I also made the decision to study just one module at a time (Louise was studying two modules while going to college), and I’m glad that I did. Yes, it was going to take me longer, but that wasn’t a concern for me at this stage.

But, as with the start of my AAT studies, I failed this first exam too. This obviously wasn’t the start I had hoped for. I also had to wait for the next exam sitting in June before I could re-sit. I had already started studying for the next module (due to the two-month wait for the result) so I decided to continue on with that one and re-sit the first exam at the same time.

My decision paid off. I passed the re-sit and the next exam – phew! I was off and running with my studies. I had got to grips with the distance learning and the general increase in content and volume compared to my AAT studies.

I had a long few years of studying ahead of me now, on top of my full-time job. While Louise was speeding ahead of me at college, sitting two exams at a time, I was taking things at a steadier pace. Sitting one exam at a time was okay by me. This wasn’t a race and soon my patience paid off – a couple of years later, Louise successfully completed her CIPFA studies and I was able to start going to college. Yay!

I was really excited about this prospect and had a renewed energy towards my studies. I could now start studying two modules at a time and pick up the pace with my progress too. It also meant that I had even less of a social life than before, however, as I was studying all weekend and most evenings to keep on top of it all. Playing in the local Concert Band – gone. Tennis lessons – gone. Going to the gym – gone!

That said, I was enjoying all this learning and travelling to College (Bristol was my nearest CIPFA training centre). I felt like I was achieving something and I knew it was relatively short-term.

However, just as I was getting into it all, 12 months later I had to slow down again, due to a change of role at work. It was a role I was really excited about taking on – Systems Accountant and implementing a new finance system – but it did mean I had to cut back with the studies again, much to my frustration, and then put them on hold completely for 6 months as this new job role was about to take over my life instead. It was also around this time that I started to grow into my training role at work and develop my passion for training others, but that’s a story for another day...

We have now reached August 2008 and I am back up and running with my studies. The last twelve months have been a bit of a blur in all honesty, due to exhaustion, and it’s now going to take me the next 18 months, i.e. three attempts, to pass my next exam ☹

This is the final exam of the Diploma (‘year 2’) stage and I am determined to get through it, having come so far already. There’s no way I’m stopping now! The final, Strategic Level was in touching distance and I really wanted to get there. Which I did!

On the Final Straight

That’s not to say the Strategic Level wasn’t without it’s blips, it was – I had to re-sit the 6-hour Case Study exam – but I was so, so happy to pass the Strategic Business Management exam first time. I had struggled in the run up to this one – it was three hours of solid writing. I had spent extra time with the lecturer, who was very helpful, and when I came out of the exam, I was convinced I had failed and close to tears (we’ve all been there, right?!). But when the results were released, it was the best exam result I had achieved up to that point! What an amazing turnaround and one I was so pleased about – I couldn’t stop smiling 😊

I had also been travelling to London once a week for my Strategic Level studies as the Bristol college had closed down, on top of working full-time and studying every spare minute I had. It was exhausting.

I did it! - I was now a fully qualified Accountant. I had gone from not being interested in doing much more than the minimum at school and floating through sixth form college (missing a lot of lectures if truth be told), to gaining my AAT qualification and now my CIPFA – the equivalent of a Master’s Degree. Who knew I had it in me?!

Well, I did. I knew. I’m not exactly sure when it happened but, I knew I could achieve this and so I kept going until I got there. I’ve not looked back since.

By writing this article, I’m not trying to put you off progressing beyond your AAT studies, far from it, but I do believe some students under-estimate the volume of work and hours that are required to achieve this next level, whichever route you choose to specialise in. Hopefully, this has given you some food for thought but, always remember your studies are relatively short-term, and with the support of friends and family, you can do it. Go for it! 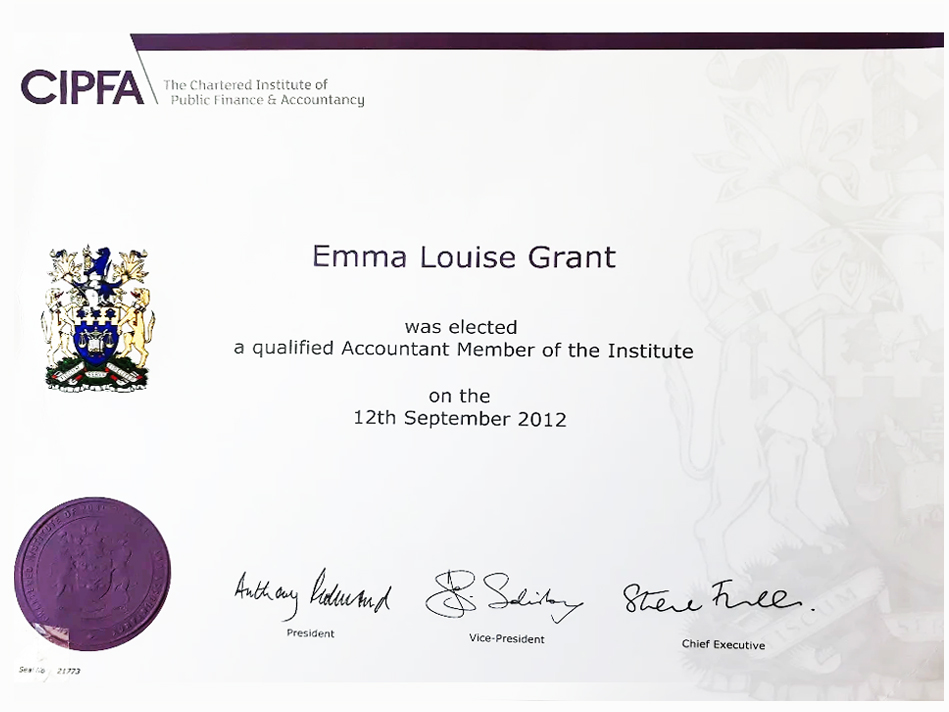